Residential and commercial real estate development has been a niche for Manlove since 2005. We have handled marketing and communications duties for some of the most recognized real estate developments in the country including The Woodlands, one of the top master-planned communities in the world. In addition and as an extension of our real estate experience we’ve also worked within the hospitality industry while promoting golf and country clubs throughout the U.S. You won’t find an agency with the depth of real estate experience we have. Take a look at the case studies below and let’s talk property. 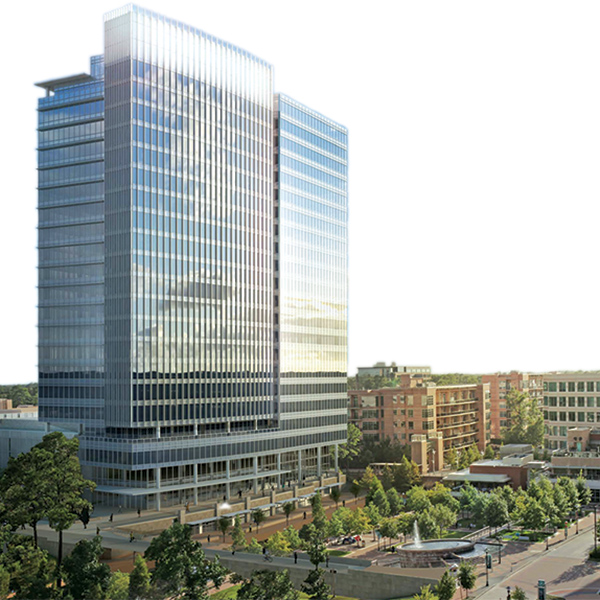 John Manlove Marketing and Communications (JMMC) has handled two of The Howard Hughes Corporation’s (HHC) premier properties, The Woodlands and Bridgeland, since before HHC was formed. Our Chief Creative Officer had been involved with marketing The Woodlands since 1999. JMMC officially became the agency of record for The Woodlands Development Company in 2005, and Bridgeland in 2010. From the opening of The Woodlands Town Center to the launch of Hughes Landing in 2014, we have strived to position these two developments as the premier master-planned communities in the country.

JMMC has handled every aspect of residential and commercial marketing from television to web, print to outdoor, and trade show to visitor center graphics. We have won countless local, regional, national and international awards for our work including recognition from the American Advertising Federation (Addy Awards), Art Directors Club, Telly Awards, Marketing Communication Professionals (MarCom Awards), GHBA Prism Awards, TAB Star Awards, NAHB National Awards, Texas Public Relations Society’s Silver Spur Award, and more. We created a standard of advertising for the real estate industry that has been adopted by countless builders and developers across the country.

The opening of Creekside Park in The Woodlands in 2007 is just one of the many highlights of our relationship with TWDC. Bordering the 1,700-acre George Mitchell Nature Preserve, Creekside Park is the last village in The Wood-lands. To celebrate the grand opening JMMC developed a multi-platform marketing and PR campaign themed “Life’s Next Great Adventure.” It featured advertising across all media, as well as event collateral and displays. Since the initial launch of Creekside Park JMMC has continued to promote the village with advertising and promotions that have resulted in the sale of over 2,000 homes to date. Most recently we have created a documentary style video of life in The Woodlands. The video themed “Celebrate Family” will be launched across all social media platforms in 2016.

Our success with The Woodlands eventually lead to JMMC being awarded the Bridgeland account. When we began working with Bridgeland they had a very low level of awareness in the Houston market. We launched an extensive brand awareness campaign utilizing television, print, digital and outdoor. Due to these efforts foot traffic increased, brand awareness grew, and Bridgeland experienced record sales in 2010. Our most recent effort “We’ve Arrived” continues to build on that legacy of success. The integrated campaign includes television spots with stunning footage, custom music, and a unique voice talent. We took a music video approach that got the attention of the market and the real estate industry earning multiple awards at the GHBA Prism Awards Oct. 3, 2015, including Best Television/Video Promotion. The television spots also won four Telly Awards including the prestigious People’s Choice Telly.

In 2014, Toll Brothers, the nation’s largest homebuilder, launched Woodson’s Reserve, the first of two residential real estate developments in the Houston area. Since their corporate expertise was in design, construction and marketing of custom homes, they turned to JMMC for proven real estate development experience. JMMC created the initial launch campaign for Woodson’s Reserve in 2015 with integrated print, digital, outdoor elements and an online video meant to build awareness and drive traffic to the community and the website. The official Grand Opening is sched-uled for Spring of 2016 and JMMC is working closely with Toll’s internal marketing department to create a memo-rable event. In addition to an engaging advertising campaign JMMC is assisting in the planning and staging of the Grand Opening weekend festivities.

JMMC has also worked with Toll Brothers to establish and expand builder and realtor relations in Harris and Montgomery County. Duties have included organization, direction and presentations for exclusive events; and the creation of promotional initiatives to build awareness of the communities within the real estate industry.

Toll Brothers’ second community NorthGrove is opening in 2016. JMMC is currently developing branding, identity, graphic standards, signage and an initial advertising campaign for the launch. With a rustic lodge-like atmosphere in a forested environment, first-class amenities, homes from some of Houston’s top builders, and marketing strategies from Houston’s top agency we’re confident the results will be remarkable.