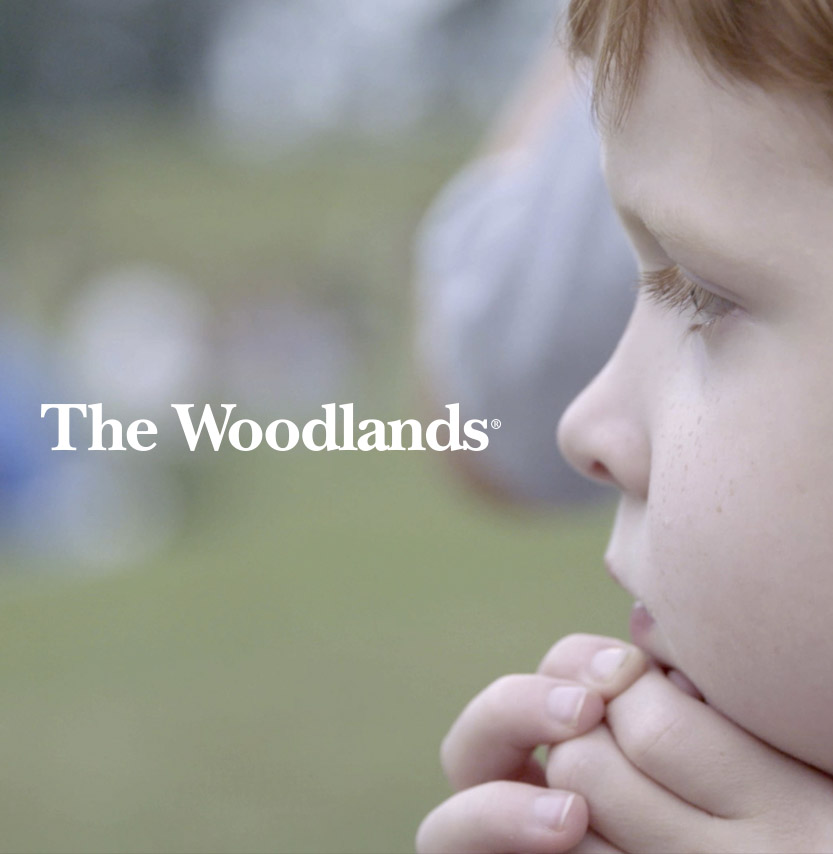 For over a decade the team at John Manlove has created compelling advertising campaigns for The Woodlands, resulting in record-breaking sales, a national and international brand presence, and recognition and awards from some of the most prestigious organizations in the country. However, our latest project for The Woodlands may be the most rewarding of them all.

Over the last several years social media has taken center stage for many real estate developers. Integration of social platforms has become crucial in the success of most marketing strategies, and when The Woodlands was looking for an innovative way to distinguish their social media activity Manlove went to work.

The result became a labor of love for the agency and The Woodlands Development Company. Instead of producing a typical commercial video for digital placement Manlove proposed a documentary approach that would show the reality of life in The Woodlands. The agency hired Tempt Films out of New Orleans to document the story of four families that live in The Woodlands. The director and director of photography lived with each family from sunrise to sunset and fully integrated themselves into their daily lives. The result is a portrait of life in The Woodlands as seen from the inside. We’ve allowed the families to tell their own stories and the message is poignant and powerful.

When we initially began Celebrate Family, Manlove and The Woodlands Development Company worked together to develop and approve a script. But the families stories took over our own and we quickly realized this was their story not ours. Instead of trying to fit the footage into our script we let the footage speak for itself and we simply added a few words and music to compliment their stories. The result is a truly genuine reflection of life in The Woodlands.