Monthly Round up July 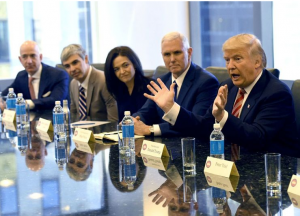 According to the Wall Street Journal, the administration raised national security concerns about Facebook Inc.’s plans to launch a cryptocurrency as the U.S. and international officials voiced resistance to the tech giant operating its own digital money.

“I believe the bigger question is why,” said John Manlove, President & CEO of John Manlove Marketing and Communications, Houston. “ The crypto industry has been fraught with issues relating to money laundering and a cover for bad behavior.”

THE HOUSING MARKET RECEIVES A BOOST FROM HISPANIC BUYERS (July 16, 2019)

Hispanics have seen the largest gains in homeownership of any ethnic group in the U.S., “This is good news especially for the Houston market,” said John Manlove, Chairman of the Houston American Advertising Federation, “the housing market tends to improve the overall economy when it is good.”

The Justice Department is beginning a broad antitrust review into the tech giants as to whether they are unlawfully restricting competition. Recently Leah Howard, Principal at John Manlove Marketing & Communications, posted a video about this topic and news release.“This is a real threat to companies such as Facebook, Google, Amazon, and Apple,” said John Manlove, President & CEO of John Manlove Marketing & Communications, “ since these same companies are also being aggressively regulated in Europe and the U.S. Congress has bipartisan support for greater regulations.”

In addition, Mark Zuckerberg is going to be required to “certify” that his company Facebook is taking steps to protect consumer privacy on a quarterly basis to the Federal Trade Commission.