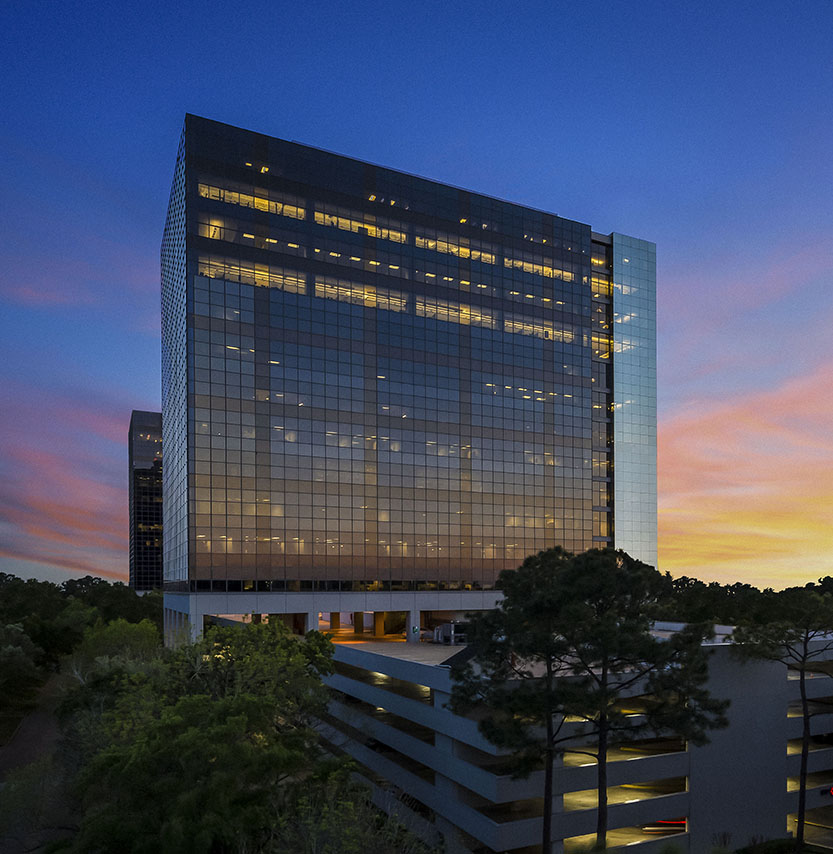 Park Towers, located in Houston’s Uptown district, is clearly one of the most desirable commercial locations in the area. Situated in the Galleria/Uptown submarket, Park Towers has it all, shopping, dining, entertainment, big business and a highly competitive commercial real estate market.

The Park Towers campus consists of two 17 story towers with unique 360-degree access, and was one of the first class A office complexes in the area. In addition, Park Towers has a long history and stable ownership reputation.

How do you bring attention to an iconic building that is undertaking a $16+ million dollar redevelopment and is surrounded by multiple first-class commercial environments?  The landscape has changed, the competition is fierce, and the perception is that Park Towers has very little available space for lease.

Steve Seltzer, COO/ Executive VP of TPMC the managers/owners of Park Towers, has pushed the concept of luxury commercial office space to the fullest degree, and fortunately he and the team at TPMC understood that the Park Towers brand is their strongest intangible asset. Our first challenge has been to define luxury as it relates to commercial office space. Luxury is primarily associated with textures and an engagement of the senses… sight, sound, smell and touch. Our goal was to bring that experience to a target audience of commercial real estate brokers and decision makers.

SEE WHAT THE CLIENT HAS TO SAY

“I have recently had the pleasure of working with John Manlove Marketing & Communications on Park Towers Uptown, one of TPMC’s office building developments in Houston. We chose them because they have a solid understanding and creative marketing solutions for commercial real estate. I’ve recently relocated to Houston from NYC, with over 10+ years of marketing experience in this industry at Fortune 500 companies such as CBRE and Empire State Realty Trust. I have been overwhelmed by the Class A service and top-notch creativity the JMMC team has brought to the account. They have worked tirelessly to meet all deadlines and execute on point. It has been rewarding to be involved with their process and I’ve been able to utilize my experience along with their methodology and approach to develop a truly unique creative marketing strategy and brand identity. Most notably, JMMC created and developed our new website ParkTowersUptown.com, on a very short timeline. This was by far one of the most seamless and straightforward website launches I have ever done thanks to the entire team working closely with us throughout the production schedule. JMMC has exceeded my expectations and I look forward to continuing this relationship and developing more campaigns in the future. Stay tuned.”

The executives at TPMC also understand that to lease this property the experience needs to be felt in person, so they have embarked on several events, with already a large growth in attendance. The most recent BisNow event was hosted on the 17th floor with graphics and window displays that gave attendees an immediate sense that “they have arrived.” The views were spectacular and the presentation of the redevelopment inspiring. Visit ParkTowersUptown.com to see upcoming events and of course to see the newly launched website designed and produced by Manlove.