Restoring a Piece of History 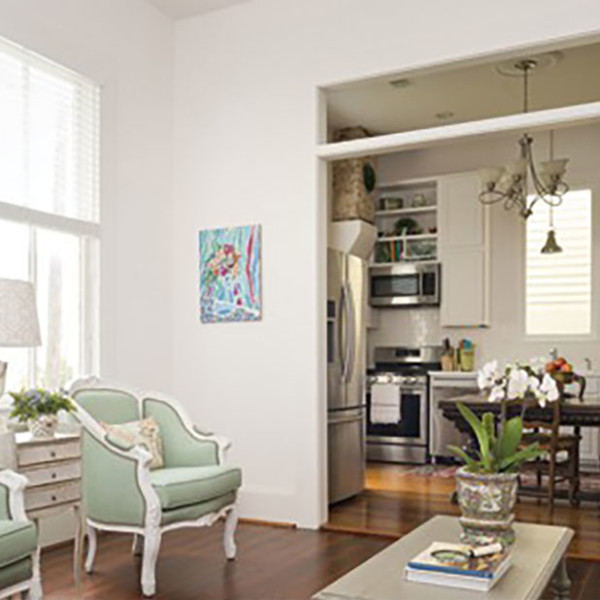 The renovation and restoration of the corner house in the Lost Bayou historic neighborhood in Galveston was more than a leap of faith.

The house truly was a dump, according to everyone who saw it. It sat unsold for months and months and finally John Manlove, who lived across the street, couldn’t stand it anymore. He bought the house because he was tired of looking at the blight and deteriorating structure.

“It was a big risk, but I am glad I did it,” says Manlove. “And from the moment I got started, there was so much interest.”

In fact, before the restoration was completed, he had sold it to Janet and Phil Leggett, Houstonians who were looking for a weekend house on Galveston Island. Now, just 18 months later, it is the Leggett’s haven –- a beautifully restored and comfortable 130-year-old house.

Manlove hired builder Chuck Morris to complete the renovation. It was more than either of them bargained for. This house survived the Great Storm of 1900, although it floated down the street intact.

Years ago, the 11-foot ceilings in the two-story, 1,600-square-foot house had been lowered to 7.5 feet. To accommodate the lower ceilings, all of the original sash windows were replaced with small aluminum windows.

Manlove pulled out the dropped ceilings and returned the rooms to their original height. But that left a problem with the windows. In order to meet the city’s Landmark Department for exterior renovations (in the historical districts), antique windows had to be found and retrofitted back into the building.

“That was the most challenging part of the job: finding the antique items and putting the house back to how it was,” says Morris, who has restored dozens of Island houses. “We replaced doors, flooring and windows — all salvaged and reconditioned. It was not an easy job but between the Antique Warehouse and the GHF’s salvage warehouse, we got them all replaced,” he adds.

They also replaced the transoms over the interior doors and found exterior shutters for the windows. And they were able to rebuild the missing upstairs balcony because early photos showed that it had been part of the original structure. Vinyl flooring had covered the long leaf pine floors for decades, but Morris was able to refinish them in every room because they were still salvagable. He even put a compact powder room in the master bedroom in a small space under the stairs.

For their efforts, the house won two awards last year: one from the city of Galveston’s Landmark Commission, and a second from GHF’s Sally Wallace Preservation Award for the restoration of the building.

Once the work was done, the Leggetts took over. Decades ago, the couple lived in Galveston while Phil was a medical student. Janet longed to return to the island, but wanted to find the right place. She wanted something old with character and a house with a master bedroom on the main floor. She found it all in this house.

“I just love the feeling here. It is not a lot but it’s enough,” she says.