John and Gina Manlove and their advertising agency John Manlove Marketing & Communications were presented with a unique piece of American history from Larry Spasic, President of the San Jacinto Museum of History. The artifact is an original piece of steel from the superstructure of the Battleship Texas. The Battleship Texas was commissioned in 1914 and is the only battleship to have fought in both World War I and World War II. The ship is located at the San Jacinto Battle Ground facilities and is one of four National Historic Landmarks to be found there.

John and Gina Manlove were given the recognition for their many years of support to the San Jacinto Monument. ,” said Gina Manlove. “We support the San Jacinto Monument complex in many ways because we believe it represents the true spirit of Texas. It is the site of one of the most famous battles and victories in world history,” Gina said. “We are so honored that Larry Spasic was thoughtful enough to have this produced for us, and we will treasure it and what it represents forever.” 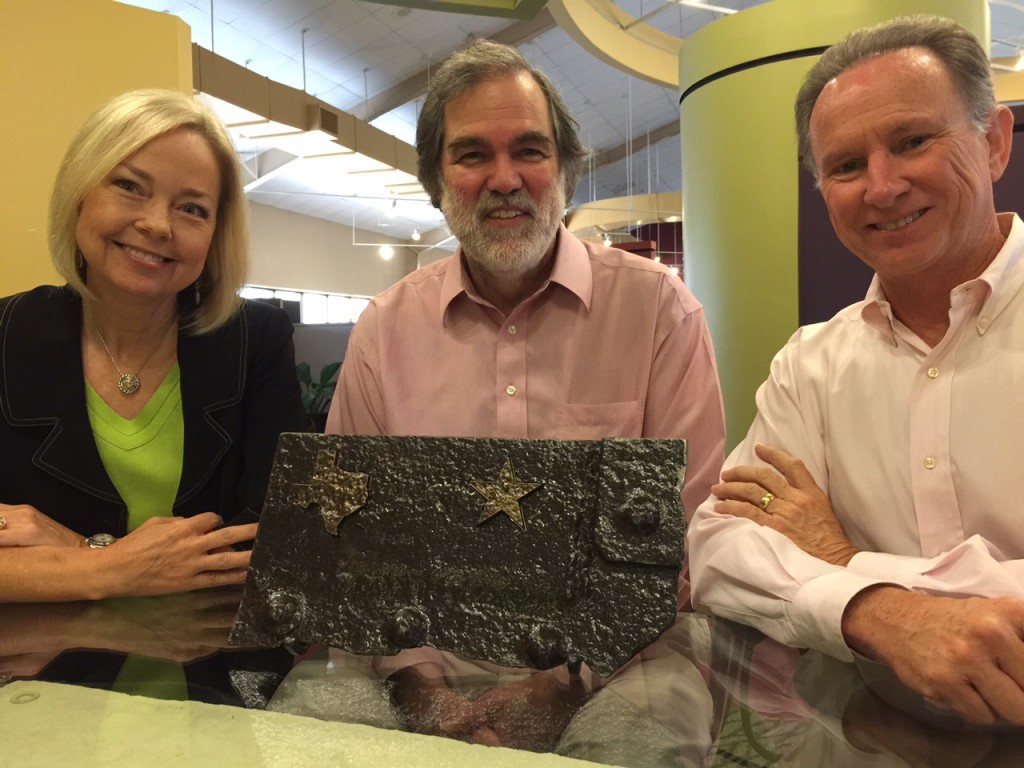