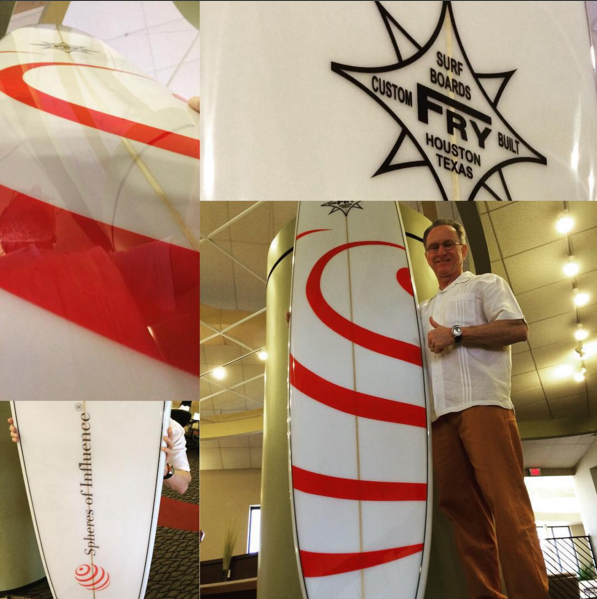 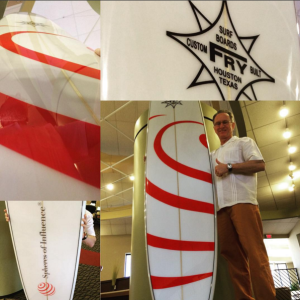 Texas surfing and Texas surfboards have a uniqueness of their own. Surfing became popular in Galveston in the 60’s and the most popular style boards were the “long boards” boards that were 9 foot and longer. As styles changed boards became shorter but not necessarily better for the Gulf Coast surf. One of the Legends of Texas surfboard designs is Henry Fry.

Fry has been shaping boards since 1960 when he saw a surfing movie and thought the sport looked fun. The only problem was there were no boards to be found in Texas. So Fry, who was building custom cars at the time, did some reading and created his own board. Then he built a couple for friends. Today many of his boards are collector items.

John Manlove, who started surfing in the 60’s in Galveston, remembers well the early days of surfing and his 9’6” Gordon and Smith surfboard. After locating Fry Surfboards in Houston, John commissioned Wade Wyman of Fry boards to build him a 9’6” long board on the condition his agency could design the graphic imagery.

This board fashioned after the John Manlove Marketing & Communication’s “Sphere of Influence®” is a real work of art and beauty and is now prominently displayed in their corporate office showroom.