Want to see what’s happening this week in the news? Here is our weekly roundup of the most relevant articles of the week. 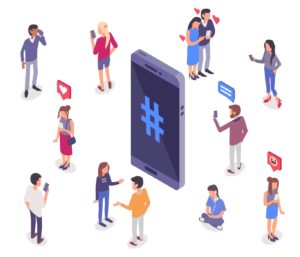 FACEBOOK AND INSTAGRAM ANNOUNCE TIME TRACKING TOOL (August 1, 2018) Facebook announced new tools to help people manage time on Facebook and Instagram. The launch includes an activity dashboard, a daily reminder and a way to limit notifications. Tools have been developed to help users have a more positive online experience. Less mindless scrolling. The tools are accessed through the settings section of each app. Facebook has now introduced other tools to help user experience, like keyword snooze, most relevant posts, see first and unfollow. Facebook aims to counteract passive scrolling that has negative effects on our mental health. Currently, these tools count all time spent on the apps and do not differentiate between passive and active scrolling.

APPLE CLOSE TO TRILLION DOLLAR MARKET VALUE (July 31, 2018).  Apple is currently worth about $935 billion, and the stock only needs to go up about 7% to pass the trillion dollar mark. Apple would become the first US country to be worth a trillion dollars. Amazon, Alphabet, and Microsoft are all in the $800 billion range and could potentially reach the trillion dollar goal. PetroChina was the first to earn a trillion dollar evaluations back in 2007, today the company is worth $220 billion.

TWITTER’S SHADOW BANNING CONTROVERSY HEATS UP (July 27, 2018) Twitter is facing accusations of “shadow banning.” Shadow bans make user’s posts visible only to the user who created it. Shadow banning makes users harder to find. It does not automatically populate the search of certain individuals/politicians. “Twitter is caught in the middle of a partisan political storm,” explains John Manlove, President, and CEO of John Manlove Marketing & Communications. “The issue for these social platforms is balancing the political pressure to eliminate or minimize ‘fake news’ while preserving ‘free speech’ at the same time. This issue has become the ‘Gordian Knot’ for social media and advertisers who use it – a knot unlikely to be untied any time soon.”

“During last year’s tax-cut plan there was a fear in the advertising industry that Congress was seeking to limit the tax deductibility of advertising to make up for some the revenue loss,” observed John Manlove, President & CEO of John Manlove Marketing and Communications. “However, this proposal doesn’t appear to have that same undercurrent. The tax plan would be helpful to our industry and the small shops.”