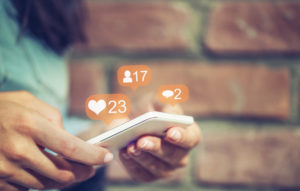 TRADE IN FAKE FOLLOWERS (January 29, 2018) Despite rising criticism of social media companies and growing scrutiny by elected officials, the trade in fake followers has remained largely opaque. While Twitter and other platforms prohibit buying followers, Devumi and dozens of other sites openly sell them. And social media companies, whose market value is closely tied to the number of people using their services, make their own rules about detecting and eliminating fake accounts.

TRUSTED CONTENT (January 23, 2018)  News Corp Executive Chairman Rupert Murdoch said if Facebook Inc. is serious about promoting “trusted content” and filtering fake news out of its feed, it should pay publishers fees similar to those cable distributors pay to TV channels. Publishers are obviously enhancing the value and integrity of Facebook through their news and content but are not being adequately rewarded for those services,” Murdoch said. According to Pew Research 45% of Americans get their news from Facebook.

SHOULD TECH GIANT BE BROKEN UP? (January 17, 2018) Google drives 89% of internet search; 95% of young adults use a Facebook product; Amazon 75% of electronic book sales. A growing number of critics think these tech giants should be broken up or regulated. But antitrust regulators have a narrow test: Does their size leave consumers worse off?