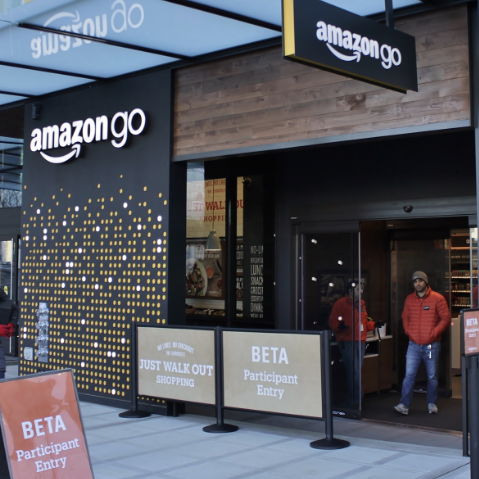 GOOGLE AD BAN RAISES CONCERNS (July 5, 2018) In early May Google banned bail-bond companies from advertising on its platforms. That Google can ban ads from an industry that offends its values is not, by itself, noteworthy. Media companies have long decided what content or ads to carry for the same reason. The difference is that no media company enjoys a U.S. market share even close to Google’s 90% and with Facebook coping the ban the next day it has effectively kicked an entire industry out of a major advertising channel. “This poses a unique problem that is far different from the unfair competition posed by monopolies in the past, monopolies that crowed out competitor.” said John Manlove President/CEO of John Manlove Marketing & Communications. “This raising an entirely new possibility of a company, so dominate, that it becomes the gate-keeper of values and ideas and eliminates competition from opposing values and ideas.”

SIR MARTIN SORRELL LOOKING TO RAISE UP TO $1.3 BILLION FOR NEW VENTURE (July 4, 2018). According to The Wall Street Journal, the WPP founder, who suddenly left the company earlier this year, has contributed £40 million of his own funds to new firm S4 Capital. Per the Journal, Sorrell plans to pit S4 Capital against WPP and other advertising giants; he and WPP submitted rival bids for Netherlands-based agency Mediamonks earlier this week.

MORE THAN $2.5 TRILLION IN MERGERS ANNOUNCED SO FAR THIS YEAR (July 3, 2018). Fears of Silicon Valley’s growing ambitions drove a record amount of mergers as businesses try to fend off competition. In the first six months of the year, the value of acquisitions increased 61 percent since 2017. Almost half of this mergers have been between companies based in different countries, despite global trade tensions. The total value of acquisitions is on track to be over $5 trillion for 2018.

AMAZON PLANS TO OPEN SECOND CASHIERLESS STORE IN SEATTLE (July 3, 2018). The tech giant Amazon has confirmed to GeekWire that they plan to open another cashierless store this fall.  The experimental shops are also expected to hit Chicago and San Francisco. Customers scan their phones when entering the store, grab items off shelves and automatically get charged the correct price without stopping to pay. If the stores take off, they “would help Amazon become even more ingrained in the daily lives of consumers,” notes Recode.

20-TIME GRAND SLAM WINNER ROGER FEDERER HAS ENDED PARTNERSHIP WITH NIKE (July 2, 2018) Roger Federer has ended his partnership with Nike in favor of a deal reportedly worth $300 million over 10 years with Japanese clothing company Uniqlo. The Swiss tennis champ, who first teamed up with Nike in 1994, stepped out at Wimbledon on Monday clad in Uniqlo — though still wearing his Nike sneakers.

DISNEY TO PURCHASE $71 BILLION IN 21ST CENTURY FOX ASSETS (June 27, 2018). The Justice Department says it will approve Disney’s $71 billion purchase of most of 21st Century Fox’s assets, so long as the company divest 22 regional sports networks. Disney and Comcast have been engaged in a bidding war for Fox’s movie and TV businesses. The government’s proposed settlement with Disney is aimed at preserving competition in cable sports programming, according to the Justice Department. The deal also requires approval from a federal judge and the vote of Fox’s shareholders before it can be finalized.
Tags:
acquisitions | business marketing | disney | houston marketing | mergers | nike | tech giant
Share: