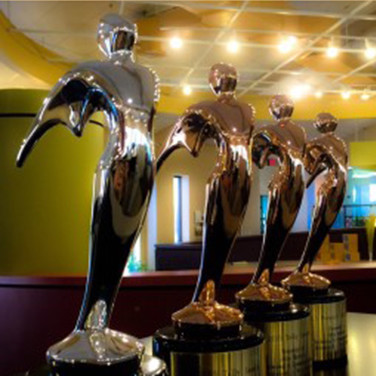 The Telly Awards has named John Manlove Marketing & Communications as a Silver winner (the highest award) in the 36th Annual Telly Awards for their piece titled “We’ve Arrived” for Bridgeland a Howard Hughes Development. With nearly 13,000 entries from all 50 states and numerous countries, this is truly an honor.

The 30” TV spot features scenes of residents enjoying Bridgeland, an 11,400-acre master planned community that offers a stunning blend of nature and modern amenities to residents. We wanted viewers of this T.V. spot to experience and discover the unique beauty of Bridgeland – and based on the response, the music and message are resonating.

The Telly Awards was founded in 1979, and winners represent the best work of the most respected advertising agencies, production companies, television stations, cable operators, and corporate video departments in the world.

“The Telly Awards has a mission to honor the very best in film and video,” said Linda Day, Executive Director of the Telly Awards. “John Manlove Marketing & Communication’s accomplishment illustrates their creativity, skill, and dedication to their craft and serves as a testament to great film and video production.”

“Winning the top award from Telly for our client Bridgeland is an honor on two levels, first it is an honor to serve such a fantastic client that understands and expects award winning creative and second, it is an honor to see that creativity awarded by our peers in the advertising industry.” John Manlove